Parable #5: The Woman and the New Bicycle 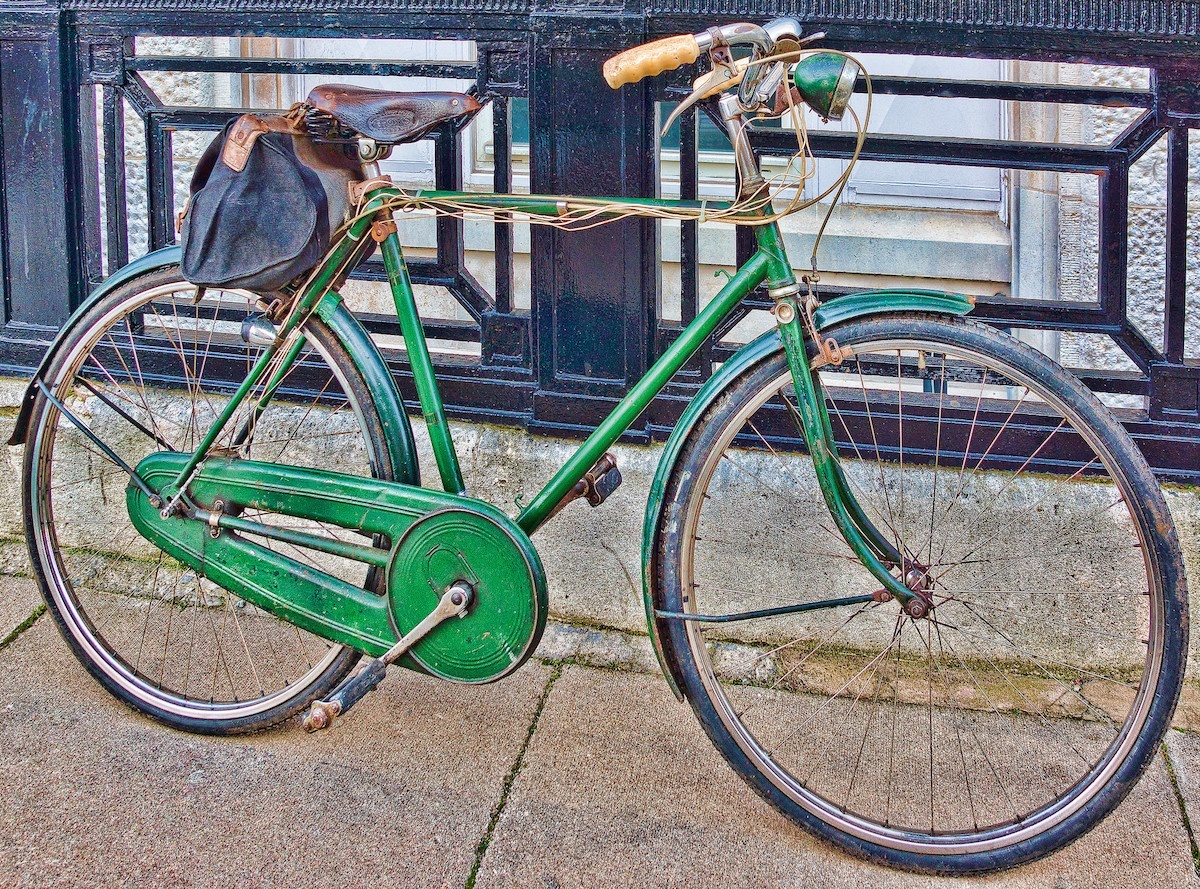 A certain woman decided one day that she would begin competing in triathlons. She had been a swimmer decades earlier, in high school, and had been a recreational jogger for several years, even running in the occasional road race. However, she had no competitive experience on a bicycle.

Since buying a bike could be an expensive investment, and as she wasn't certain she would even like competing in triathlons, the woman decided to use an old recreational three-speed she found for $20 at a local pawn shop. The bike was blue and pink, had thick tires, and sported a shifter along the top tube between the seat and handlebars. It was also atrociously heavy, weighing in at almost thirty-five pounds. Just the same, the woman was satisfied with her prudent investment and spent the next three months training for her first race.

When race day arrived, she parked her bike in the transition zone alongside all the others, mostly lightweight, expensive models featuring the latest components and technology. "At least I'll have no trouble finding my bike when I come out of the swim," she said.

When she reached the finish line later that day, the woman realized that her first triathlon had been a big success. She finished first in her age group and seventh overall, and the positive experience convinced her to continue competing in the event. Over the next year, she entered other races and eventually decided to invest in a new road bike. It weighed eighteen pounds, had sleek racing tires, and sported the latest Shimano gear components and shifters. She was so happy she even splurged on cycling shoes. "Now I'll be able to fly on the bike portions of my races," she said.

Around the anniversary of her first event, the woman entered the same race at which she had begun her triathlon journey. It covered the same course as the year before and she decided it would provide a good measurement of her training progress and overall improvement.

On the day of the event, she parked her new bike in the transition zone and then made her way to the water for her swim. The weather was ideal and the woman felt comfortable throughout the entire race. She knew her swim time had improved and felt certain she had set a personal record on the run. When she saw her final times, however, she was shocked to see that she had actually ridden the bike leg of the race slower than she had the year before!

The evening after the race, at a dinner with some fellow triathletes, a friend asked her what she thought the difference had been.

"Well," the woman said, "I think it's safe to say it didn't have anything to do with the bike. After all, it's the legs that make the race."

In teaching, as in racing, it's important to remember what really matters.

One of the most important roles today's leaders fulfill is managing their organization's...
END_OF_DOCUMENT_TOKEN_TO_BE_REPLACED

The Benefits of a Mobile Friendly LMS for Your Association

Thinking beyond “send only” learning will put your association above the rest. We often design...
END_OF_DOCUMENT_TOKEN_TO_BE_REPLACED